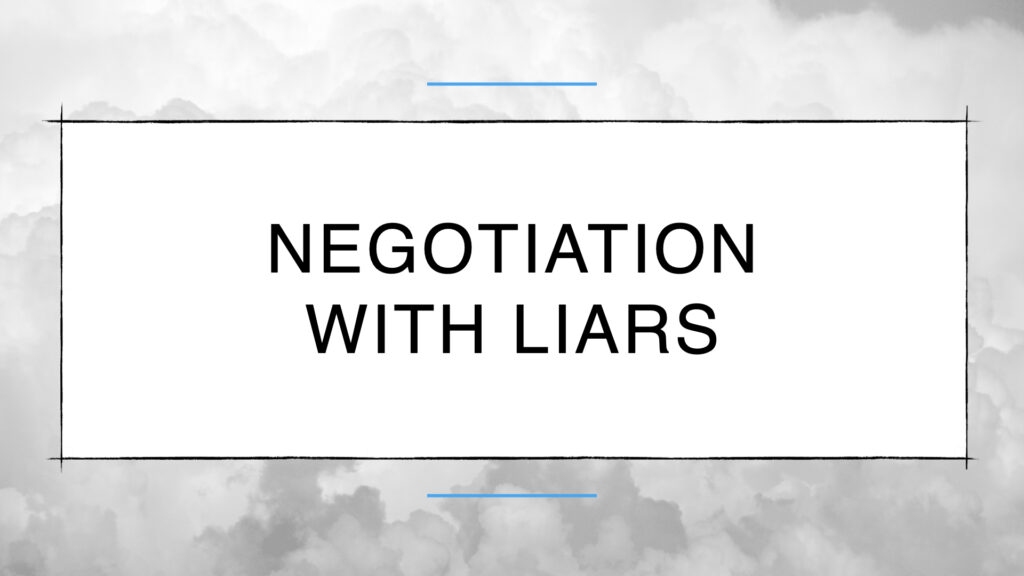 How many time have you sat at the bargaining table, and wondered, “am I negotiating with liars?” And to your own self be true—how many times have you been untruthful in a negotiation? The example below shines a light on how lies can get negotiators into hot water.
In July 2014, Jesse Litvak, the former managing director of investment bank Jefferies LLC, became the only person to date to be convicted of fraud in connection with the U.S. government’s Troubled Asset Relief Program (TARP), which used bailout funds to promote investment in mortgage-backed securities. Litvak was charged with defrauding investors of $2 million by misrepresenting how much sellers were asking for the securities and what customers would pay for them. After driving up the price, he would keep the difference for his firm, reports Bloomberg News.
Assistant U.S. attorney Jonathan Francis argued in court that Litvak’s behavior was predatory and put him in “an elite class of fraudster.” The judge in the case agreed, sentencing Litvak to two years in prison.