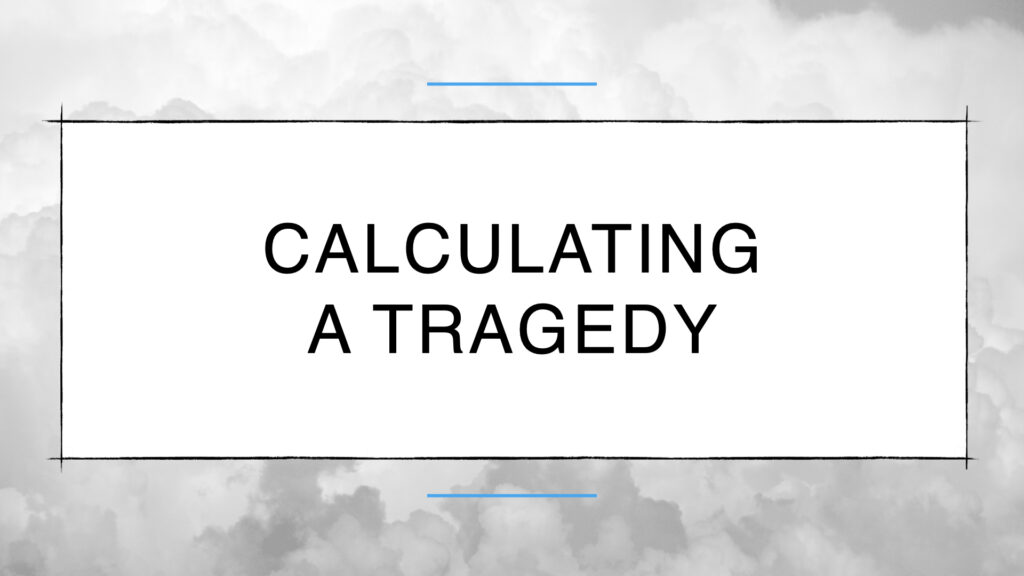 I enjoyed reading Mark Manson’s newsletter with the following insight:

Calculating a tragedy – Josef Stalin once observed that, “The death of one is a tragedy, the death of a million is a statistic.” While dark and cynical, Stalin’s observation about human nature is fundamentally true. We attach meaning to narratives. The more people involved, the more abstract and difficult to relate to that narrative becomes, thus inviting doubt, disbelief, and a strange indifference.
Stalin would use this quirk of human nature to his advantage during his reign of terror. Today, it just kind of explains why people lose their collective minds over a public shooting or a terrorist attack that kills a few, but their eyes glaze over and hit the back button when confronted with statistics of hundreds of thousands (or millions) killed by an invisible virus.
I bring this up because last week was the one-year anniversary of this newsletter warning everyone about the impact of COVID-19. It’s strange now to look back and see so much obsessive energy focused around the first few cases, the first few deaths. Yet, here we are a year later, over half a million deaths in the US alone, and the pandemic feels so abstract and… normal—like a fish trying to notice the water it swims in.
Looking back, I naively hoped that the virus would be a common cause that would bring people together rather than push them apart, that maybe.