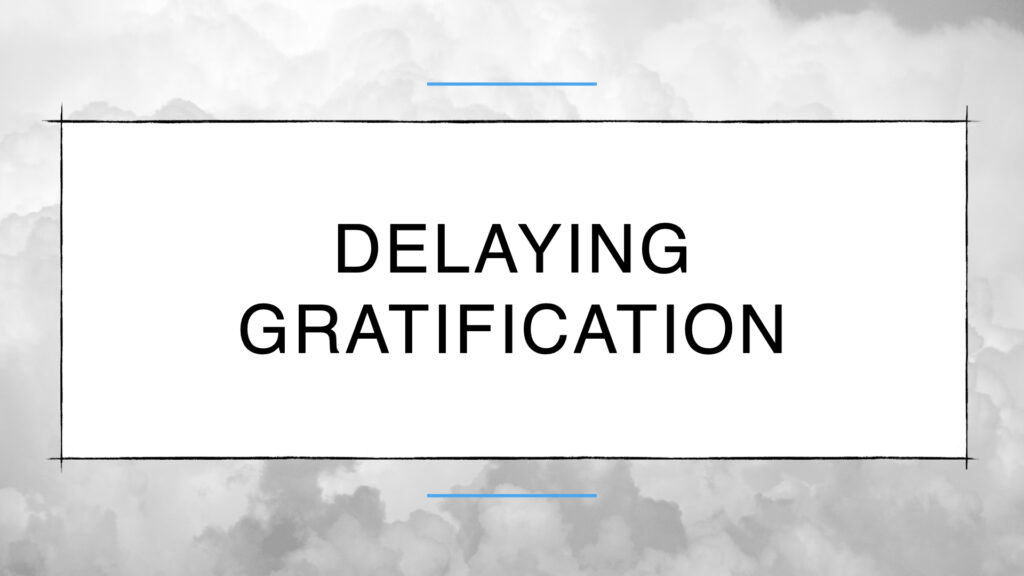 Another insight from Mark Manson’s newsletter:

Carpe diem, motherfuckers – There are a lot of side effects of deteriorating trust, but one of the more interesting ones is how a lack of trust can decrease people’s ability/desire to delay gratification.
And delaying gratification is like, pretty much what makes us functional, civilized human beings.
If you think about it, it makes sense. If I don’t trust that the bank is going to give my money back, if I don’t trust that my boss is going to reward me with a promotion, if I don’t trust my government is going to tax me fairly, then fuck it—YOLO. Spend all the money. Eat all the food. Go to all the parties.
I learned this when I lived in Brazil. The first few months, like any typical American, I was shocked at how people spent all their money, didn’t plan for the future, and seemed to live with a wild abandon in the moment. It should be noted that this makes Brazilians excellent at parties. But it also made them terrible at getting anything procedural or bureaucratic accomplished.
But the more time I spent in the country, the more I saw that there was a strange logic to it.
Brazil has suffered multiple government collapses, military dictatorships, hyperinflation, monetary crises, insane tax regimes, not to mention an unfathomable amount of corruption.
Of course you spend your money as soon as you get it. Of course you go full YOLO on a Thursday night. Of course you learn to enjoy every moment as much as possible. Because there’s a legitimate chance that anything good that is happening is not going to be around for long.
I’ve long noted this same kind of impulsiveness growing among American culture. When I’ve written about it, I’ve blamed it on consumer culture and toxic social pressures and people just being immature on the internet.
But perhaps there’s that same temporal logic undergirding it that there is in Brazil. And as the world opens up in the next few months, I expect to see that duel attitude grow—a general distrust that anything good is actually happening, on the one hand, followed by an indulgence in each and every moment on the other.
Get your party shoes ready. You might need them.