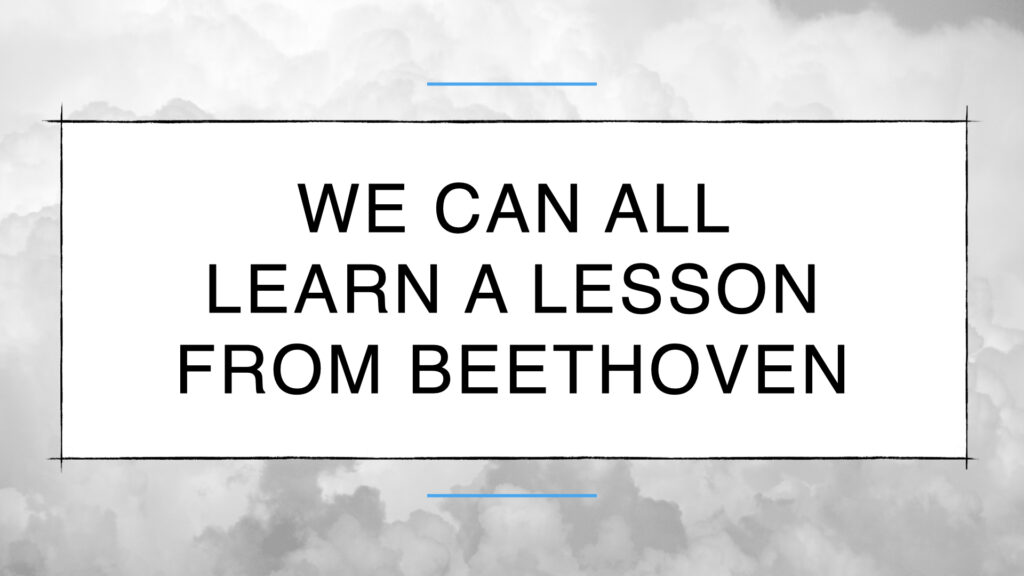 Beethoven became more original and brilliant as a composer in inverse proportion to his ability to hear his own — and others’ — music. But maybe it isn’t so surprising. As his hearing deteriorated, he was less influenced by the prevailing compositional fashions, and more by the musical structures forming inside his own head. His early work is pleasantly reminiscent of his early instructor, the hugely popular Josef Haydn. Beethoven’s later work became so original that he was, and is, regarded as the father of music’s romantic period. … Deafness freed Beethoven as a composer because he no longer had society’s soundtrack in his ears..”— Tune Out to Tune In