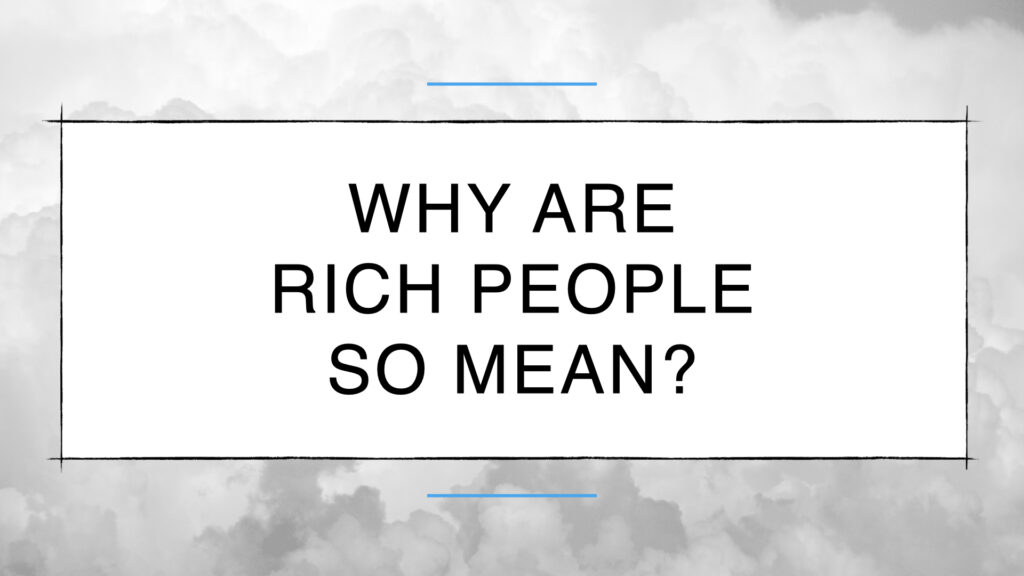 Call it Rich Asshole Syndrome—the tendency to distance yourself from people with whom you have a large wealth differential.

IN 2007, GARY Rivlin wrote a  New York Times feature profile of highly successful people in Silicon Valley. One of them, Hal Steger, lived with his wife in a million-dollar house overlooking the Pacific Ocean. Their net worth was about $3.5 million. Assuming a reasonable return of 5 percent, Steger and his wife were positioned to cash out, invest their capital, and glide through the rest of their lives on a passive income of around $175,000 per year after glorious year. Instead, Rivlin wrote, “Most mornings, [Steger] can be found at his desk by 7. He typically works 12 hours a day and logs an extra 10 hours over the weekend.” Steger, 51 at the time, was aware of the irony (sort of): “I know people looking in from the outside will ask why someone like me keeps working so hard,” he told Rivlin. “But a few million doesn’t go as far as it used to.”