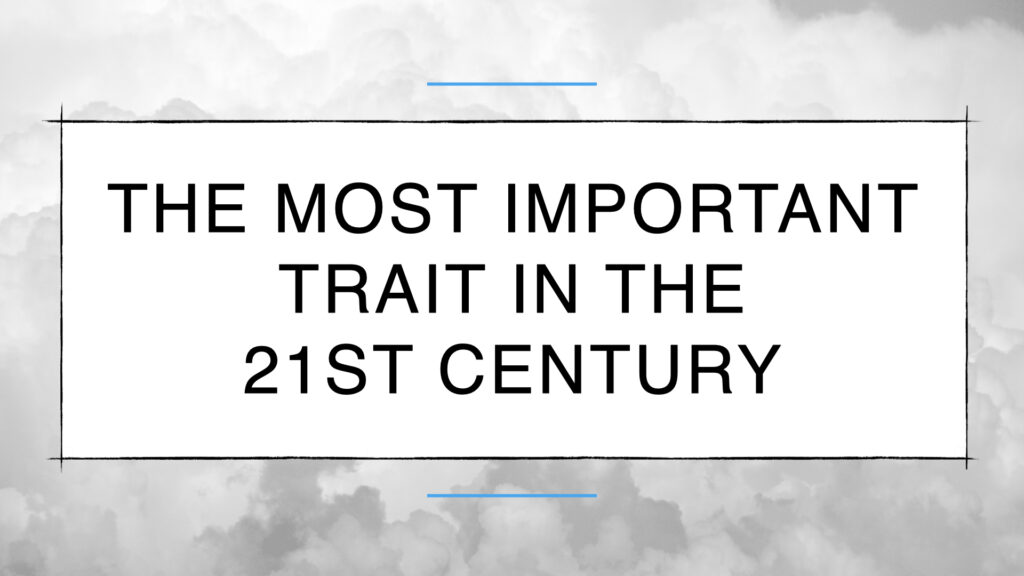 A few days ago, I was having a conversation with a friend about the many people we knew in our lives who seemed to be stagnant—i.e., not changing, not progressing, not accomplishing their goals—and the many people we knew who were not stagnant—i.e., moving up in the world, making things happen, reinventing themselves and their lives.
We asked each other: what was the difference between these two groups of people?
One answer continued to pop up for me: intense curiosity. The defining trait of progressing in the 21st century appears to be a driving curiosity about anything and everything.
The 20th century did not reward curiosity. The traditional structures of schools, corporations, and the church didn’t just deter open questioning and experimentation—they often feared it. Instead, they usually rewarded emulation. Any sort of innovation or experimentation was limited to a few people at the very top of the pyramid. Everyone else was expected to be a good worker bee.
But the internet has inverted this. Today, it seems that it’s the ones who fail to experiment, innovate, or challenge preconceived notions who get left behind.

Why?
Because in the 21st century, any decision-making that is sufficiently repeatable or predictable will eventually get automated or outsourced.

Peter Reinhardt called this phenomenon “living below the API.” An API is how software communicates with other software or with people. An Uber driver works “below the API” because his decisions at work are determined by software, not by himself. Journalists arguably live somewhat below the API because much of what they report on is driven by web traffic data and social media virality.
Basically, the more algorithms and software determine your day-to-day decisions, the more you live below the API.
What’s worse is that the API is always rising, consuming more human endeavors as it goes. As technology progresses, so does its ability to micromanage every aspect of our lives for maximal efficiency. This efficiency benefits society as a whole yet punishes those who fall under it with stagnant careers, repetitive entertainment, and soul-destroying jobs.
Once under the API, our opportunities for growth and advancement shrivel up—once robbed of the ability to make bold decisions, any chance to stand out or get ahead is likely gone.
Similarly, once under the API, your interests and worldview will become cemented, as algorithms feed you information they know you agree with and entertainment they know you will enjoy. People who live under the API feel as though they are this wonderful, unique, hard-working individual, but the truth of the matter is that they are simply living out what the algorithms have already determined for them.
The only way to stay above the API is to foster an intense curiosity, to take professional and personal risks, to habitually challenge preconceived notions, to lean into uncertainty and unpopular opinions, to challenge yourself with information you don’t agree with, with entertainment that doesn’t come naturally to you.
In short, staying above the API requires a certain level of discomfort—and I don’t simply mean the discomfort of working more hours or reading more books—I mean the discomfort in the kind of hours and the kind of books. It’s not a question of effort but intent. You should feel a little bit contrarian. You should feel a little bit wrong. You should feel a little bit foolish. That’s the only way to know that you’re right. The only way to be “on” is to feel a little bit “off.” The only way to stay ahead of the curve is to ditch the curve.

Found in a Newsletter from Mark Manson